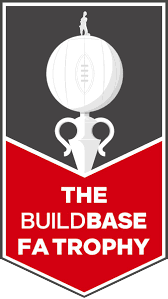 I started TBTVSport as a way to stay in touch with grassroots football, once my involvement in Bournemouth youth football had come to a natural conclusion.

I had filmed those final few Youth matches and, having enjoyed this new found hobby, my thinking was to transfer this to multiple clubs within the adult non-league environment & see what happens?  After all, everyone likes seeing themselves scoring a banger on the TV, don't they?

All along the way, I have tried to innovate and keep my content fresh, be it with new angles, graphics, music, competitions or commentary.

In 2017, I was invited to become a member of the Verwood Town FC Committee and was involved with the running of the Reserves.  I began filming matches for the Ressies, before swiftly including 1st team games too.  This soon became 'my thing'.

After being asked to cover a match for a few friends, the season saw me start with Christchurch Reserves & New Milton Town Reserves.  This was merely the appetiser and by May 2019 I had covered all of the Cup finals for the Bournemouth FA, as well as the Dorset Senior Cup Final and John Stimpson Memorial Shield.

In between I had taken on Southern League (Step 3), Wessex League (Step 5 & 6) and Wyvern action with Poole Town, Christchurch, Ringwood Town & New Milton Town, not to mention Southern Region Womens Football with Bournemouth Sports Ladies & New Milton Ladies.  Oh, and there was local interest in the Sunday FA Cup as well.  And the odd Youth & charity games.  And a few games for mates  . ...

My main focus was continuing coverage of Poole Town home matches, whilst sharing my spare time around the aforementioned local clubs.  Unfortunately, the weather dictated there would be very few home matches for the Dolphins in 2019/20, which led to an opportunity to add Wimborne Town (Step 3) to the fold in February 2020.

Following the cessation of the season due to COVID-19 in March, I am currently working on a documentary (catchily titled "Migration") to cover the Magpies move from Cuthbury to a new stadium.  This is another type of challenge altogether but has served to fill the gap whilst we wait for the season to begin.

As part of the Wimborne Town documentary, I will be switching focus to cover their home matches once social distancing rules allow.  All other clubs, who have shown an interest, can expect coverage from me too.